I had myself a nuclear spring 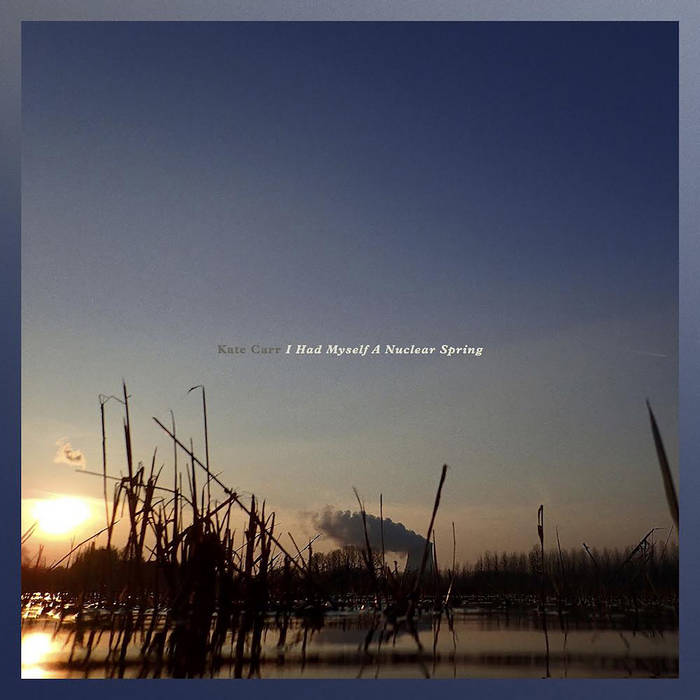 I was one of the only people to hop off the train from Paris at the tiny Nogent-sur-Seine station. Looking around for someone who looked like they might be meeting me, I spotted a very unexpected sight – a large nuclear power complex not far off in the distance. I had arrived in this part of France, about two hours by the fast train to the west of Paris, to undertake recordings of the Seine, in a tiny town called Marnay. Unknown to me the river, which at this time is icy cold, had just started to recede after bursting its banks.

Marnay is a town of just over 200 people. It is small, and its population appears to have dwindled dramatically. During the month I was there I often found myself cycling along empty streets, and the town's pub and hotel were shuttered and abandoned. There were no shops, and even the church was shut up and unused, although its electrified bell still tolled the hours. Elections took place that month, and the National Front took over the mayoralty from the sitting French Socialist Party candidate who told me on the night she lost about her memories of taking to the streets in May of '68.

I have loved the Seine since I was a child and read a book about an artist trying to paint the river, and when I arrived it was certainly doing justice to my memories of that book, swollen and mighty, perilously cold and formidable. In some places it was so flooded it was impassable. The river, and its series of tributaries and canals, some of which appeared to have been created to serve the nearby nuclear complex, had established vast marshes of bog, particularly in the area which approached the rear of the reactors, and water birds had arrived in their hundreds to enjoy this vast increase in habitat.

It was in these areas that I focused my recording.

It was an astonishing landscape. Most of the vegetation was covered in either water or mud or both. I found fields of abandoned farming machinery, and a deserted quarry with a vast array of rusting equipment. In part it was almost an apocalyptic landscape. These muddy marshes filled with buzzing electrical towers, corroded machinery, shrieking birds and canals feeding a nuclear complex were like nothing I had ever seen. The high capacity electricity cabling itself rendered some types of recording almost impossible – hydrophones no longer captured underwater sounds but, due to high levels of electromagnetism, a rather bracing electrical hum.

And there were temporary wetlands almost everywhere: behind a highway, next to the TGV train tracks, adjacent to the nuclear canals, and even one vast one in what I decided was a large and abandoned goose farm. At all these sites the water birds were intent on breeding. They nested in metal struts of the huge power towers used to transport electricity from the nuclear plant, and the crackle of the overhead current mingled with their calls below. They laid eggs on temporary islands next to the railway lines and in an abandoned boat moored on a waterway within the rusty quarry. A pair of white swans had even made the nuclear plant's own cooling pond their territory, and regally swan up and down it.

And every evening as the sun turned a violent pink as it set through the water vapour of the nuclear plume, ducks could be heard calling along the length of the Seine while in the distance the bell in the empty church tolled.