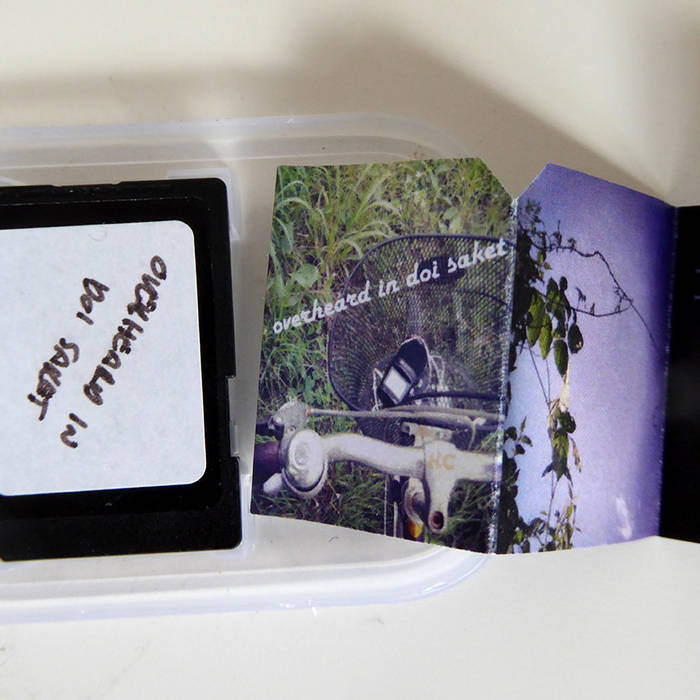 "For a collection of field recordings to be effective in its aims, we need a sense of casually listening in on a sonic landscape, rather than a feeling of naked voyeurism. Belfast-via-Australia sound artist Kate Carr has earned a reputation in recent years for opening doors into said realms, offering glimpses of rough-hewn terrain and glacial paradise alike. With this latest set of pieces, Carr has given us perhaps her most colorful, vivid and strikingly melodic work yet, a bursting world of sound stitched together in a fine-knit tapestry, woven out of recordings made on a trip to Thailand. Free of any trace of exotic fetishizing, this is true audio tourism raised to an immersive art form, moving from the hum of night creatures to the far-off whir of broadcasted music to birdsong to natural swells with the seams not hard to glimpse but absolutely invisible. There's an aura of a homecoming here — Carr does not sound like an outsider in this environment. Rather, it feels like she's always been here at the margins, haunting the corners, microphone aimed into space and water alike, capturing impressions of a shifting, ghostly panorama."

A soundmap accompanies this release:
boxc.net/KC/lostinds.html

Thailand may be busy and messy, but it is also filled with holiness. The chimes and chants of “Underwater” are reminders of the nation’s spiritual side. It was only a couple months ago that the military staged a coup, but according to some missionaries I know there, this hasn’t affected the smaller towns outside of the capital. Still, with such turmoil, it’s wonderful to have a reminder of the nation’s best qualities: a soundscape that reflects a nation’s hopes and dreams. Carr presents Thailand’s best side through this work, weaving a colorful tapestry of human and environmental sound. One cannot imagine a better tribute to a place that for a brief and treasured time Carr called home. A CLOSER LISTEN
acloserlisten.com/2014/08/15/kate-carr-overheard-in-doi-saket/

The Lost in Doi Saket soundmap was named the second best release of 2014 by A CLOSER LISTEN.

Released by 3Leaves
www.3leaves-label.com
Mastered by Akos Garai
Field recordings and compositions by Kate Carr
This album was based on a residency at Compeung, Doi Saket Thailand, Special thanks to Ong and Helen at Compeung.