It was a time of laboured metaphors 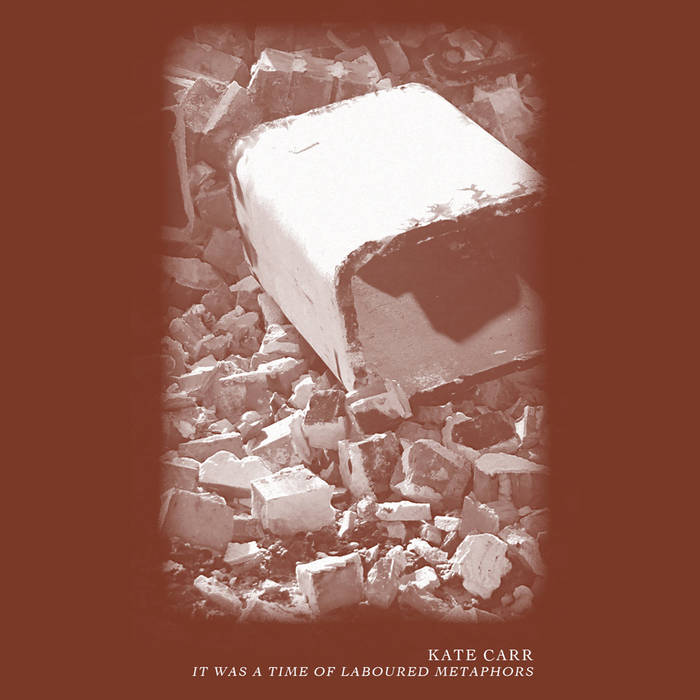 These are my artist copies of this release on the US label Helen Scarsdale. You can also buy this tape in $US on their bandcamp here:
helenscarsdale.bandcamp.com/album/it-was-a-time-of-laboured-metaphors
----------------------------

the field recordist and lucid-dream composer kate carr conjures a liminal art, seeking to articulate the remembrances, the concrete fact, and the deliberate exaggerations of detail, all in the pursuit of addressing the human interaction with the environment. psychology, history, politics, geography, storytelling, fantasy, the notion of the self, and the disintegration of these rigors at their transect all come into play in her ongoing work. she has set herself on path to make these investigations, relocating herself from her native australia to northern ireland, followed by innumerable detours. hence, it was a time of labored metaphors.

this album from carr intertwines the lugubrious wash of environmental detail with the dissolved songwriting described in the distant past as 'rural psychedelia' rendering an aesthetic in the orbit of :zoviet*france: or as the dub of a dub of a dub abstractions from dome. for example, a guitar swollen with ethereal blight cycles in soft whirlpools of drone and thrum as the gloom of an irish rainstorm pours down a sewer drain. electricity proves a nobel tool as well, as she tapes into telephone wires to extract deadtones of unanswered calls. it is as if carr is peeling back the layers of history to uncover the ghostly stains of human existence at a particular place. the dead may not be talking but the soil and its occupiers still do.
credits
released February 26, 2016

Also there is a film clip for Things did seem kind of magical here:
vimeo.com/152694917